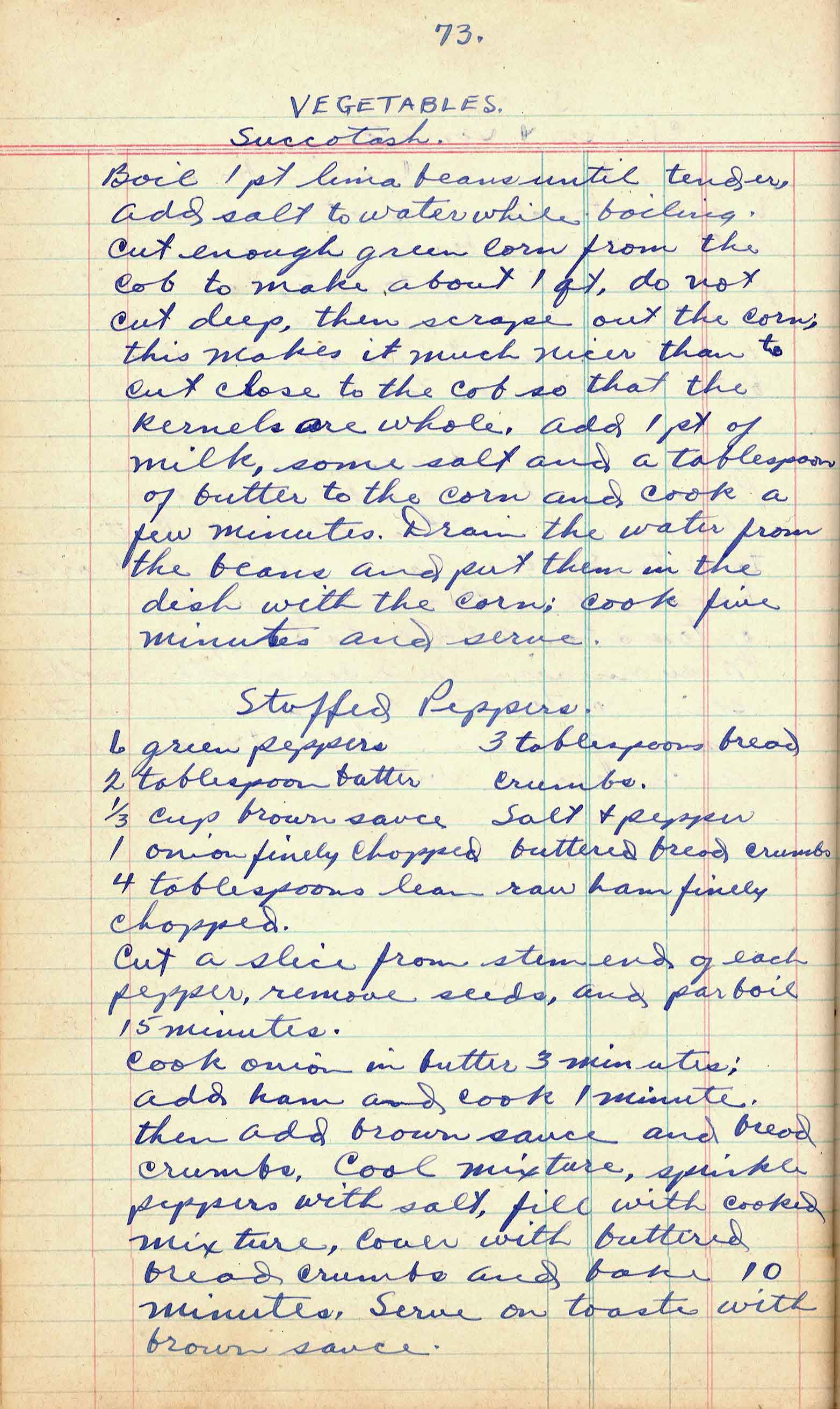 Boil 1 pint lima beans until tender. Add salt to water while boiling. Cut enough green corn from the cob to make about 1 quart. Do not cut deep, then scrape out the corn. This makes it much nicer than to cut close to the cob so that the kernels are whole. Add 1 pint of milk, some salt, and a tablespoon of butter to the corn and cook a few minutes. Drain the water from the beans and put them in the dish with the corn. Cook five minutes and serve.

Cut a slice from stem end of each pepper, remove seeds and par boil 15 minutes.